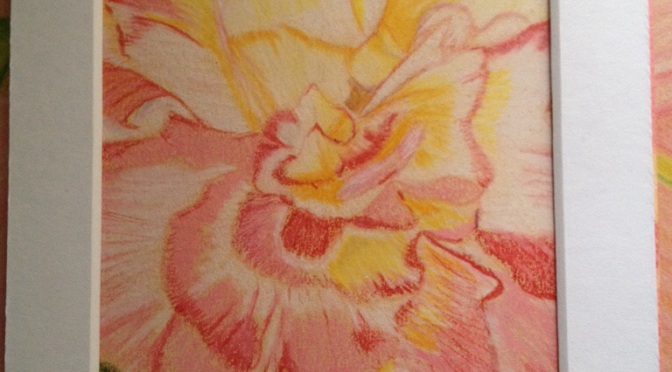 Project two….
This one I decided was going to be small, mainly because I had this small 5×7 mat I wanted to use. Again the photo reference was from my phone of a Tea Rose from my garden, it was a burst of yellow, white and pink. I used the Canson again but I used a buff colour this time because of the yellows in the Rose, but wished that I had used white. 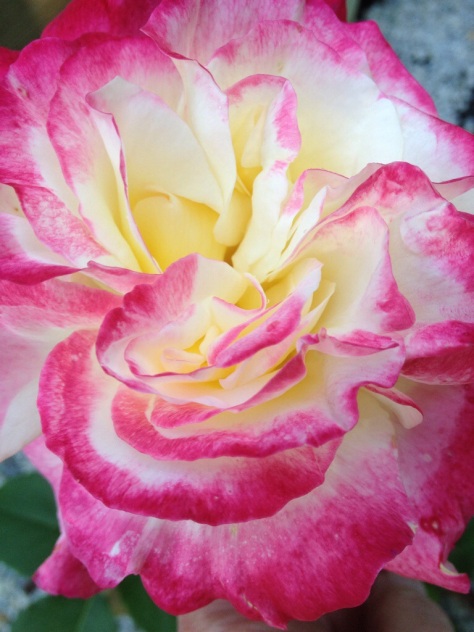 And again I was pleasantly surprised at how it came out. I should have made the image smaller for the mat as you cannot see it all once behind it but all in all not a bad image, I am happy with it. I still have lots to learn but happy is always a good thing. 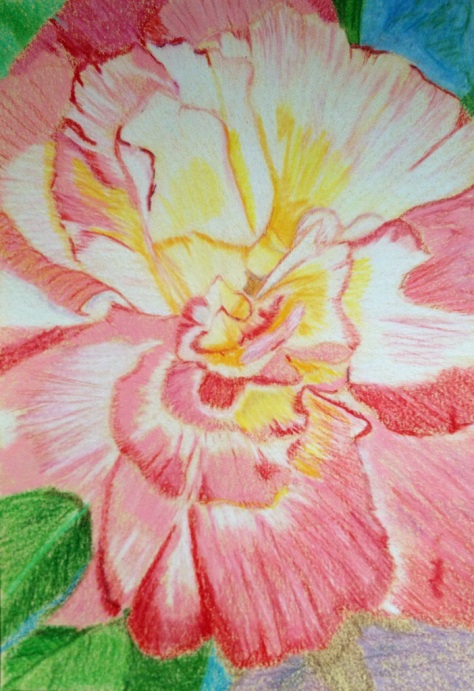 Something I noticed after both projects were finished they were both Pink! Not a colour I used to like but since becoming a breast cancer survivor I kind of lean towards it now unconsciously. Going back and looking at much of what I have been creating lately its all a bit pinkish. Maybe that’s it; maybe I should be creating Pink images, images for those of us that are now Pinker’s! 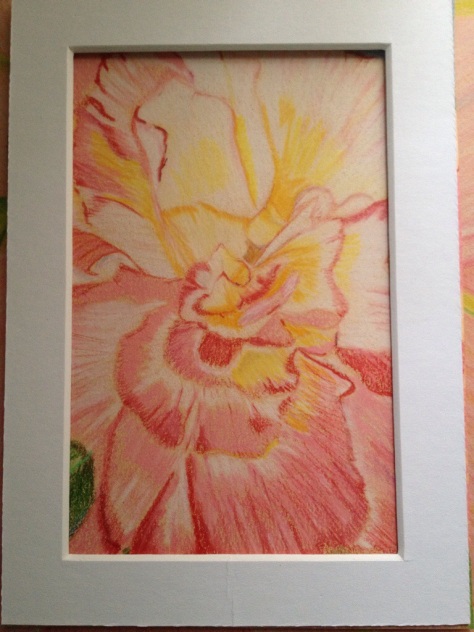 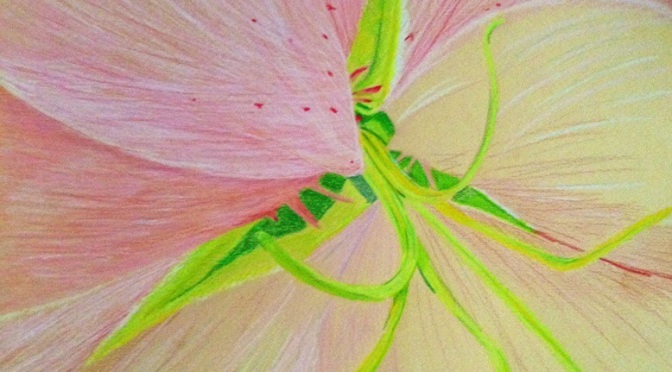 I have always had an issue with coloured pencils; I just couldn’t get the colours or the blending right. So it’s been my mission lately to keep working with them to refine my craft and learn other mediums. I have seen so many wonderful images done in coloured pencil that I really want to learn to create beautiful images, not to mention it’s soo easy for travel compared to Pastels. I also want to create more work so that I have something to offer when I finally finish setting up my Etsy store, as part of the point of all of this is to start a good freelance Art and Design Studio.

I choose 2 projects to work on. I took this great photo with my iPhone, I wish it had been with my trusty camera I would of had more pixels to work with for a print but alas like me its age is showing and it has decided it’s time, ‘sigh’ ‘sniff’ ‘sniff’. 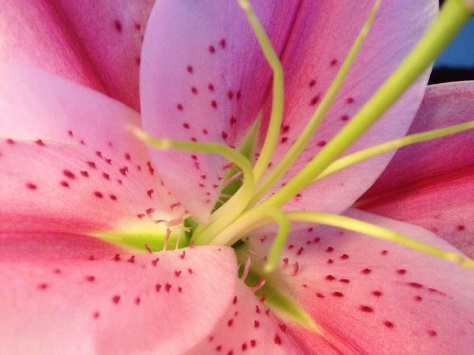 Project one…..To recreate this image with pencil. I used Canson Pastel Paper because it has two sides rough and smooth, I used the smooth, white. I pulled the pencils needed and using my phone with the reference photo set to work. I knew I didn’t have all of the colours so this is where trying the blending was going to come in. I loved the fact I could sit on the couch in front of the TV with a cuppa rosy and work on this project. I spent some time each evening and this is what I came up with. I really like it; it didn’t come out quite as bad as I was thinking it might, per my previous forays into the coloured pencil realm. 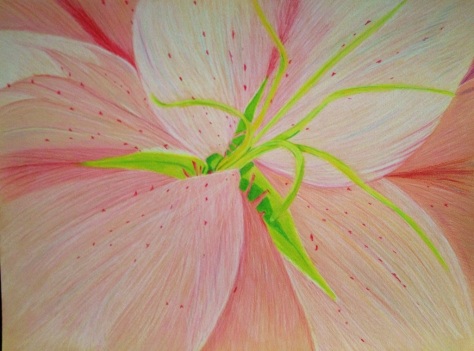 The Wildlife and Portrait Art of Patrick Hedges

How to draw and paint animals and fur, wildlife art, pastel pencil and oil painting Lesson Videos, paintings and prints

Free your soul and fly

Tales from the Fairies
The Art of William Blomstrom

William Blomstrom shows and talks about his art progress and other stuff.

Welcome to the world of cats!

Share the inspirations of animals and nature and everyday life.

The art of equinology

same as it ever was

My images are different, like your brand needs to be.

~ Art, cats, nature, animals, weather, and whatever. Painter at heart ~

For ourselves, friends and family...

an artist in suburbia